Weblogs, commonly referred to as “blogs,” came into the mainstream about 2 years ago. Not really a newsletter or traditional HTML page publishing, blogs resemble more of a web-based diary where the creator records their thoughts, posts links, or respond to questions. Initially, blogs contained only text and pictures, but then came “audio blogging,” which entails the use of audio on a blog. Audio blogging also gets referred to as “Podcasting” because of the ability to let people with iPods and other portable MP3 players download your MP3 audio. The simplest form of video blogging, or “vlogging“, means putting a video file online, linking to it from your blog, and anyone subscribing to your RSS feed (automatically created by your blogging software) will get notified about your new video.

They can then open up your latest blog post in their “feed reader” and view your video by clicking the link. More advanced forms of video blogging include getting your “vlog” accepted by Apple’s iTunes so their subscribers can find and subscribe to your vlog (which gives you access to 19 million users at last count).

Vloggers use a variety of video file types (like Windows Media, Quicktime, and MPEG) and there’s no restriction on which file type you use to be considered a “vlog.”

However, two file types stand above the rest if you want to reach the widest possible audience. For video Podcasting, you must publish in either the FLV (Flash Video) or SWF (Shockwave Flash) file formats if you want people on both MAC and PC to view your video files.

FLV is better suited for full-motion video, but they both work on smaller length video files.

For Video PodCasting, you must publish in the MPEG4 file format or Apple’s proprietary version of that format known as M4V.

Apple’s QuickTime Pro software rates the simplest and easiest way to convert your video files to the proper video PodCasting format.
To create a basic “vlog,” you need the following list of equipment and software: a webcam or digital camcorder; a microphone, production software; a blog; an RSS feed to “syndicate” your content.

A webcam will work for a basic vlog, though a digital video camera will create much better results because they contain better optics.

Using a separate microphone instead of the microphone built into your webcam or camcorder will also produce a much better sound quality. 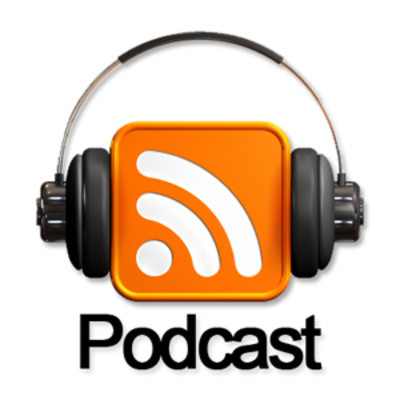 Once you shoot your video you need to produce it to display on the Web. At a minimum, if your computer operates with Windows XP, you can use the Windows Movie Maker software that comes free with XP. Though you can’t save as an FLV or SWF, you can save as a Windows Media file (WMV) to get you started. For a blog, you can use the free Blogger.com service. To create a feed to syndicate your site, you can use the free service at FeedBurner.com. Though audio blogging received mediocre acceptance from the mainstream Internet audience, “vlogging” should do extremely well simply because of our fascination with moving pictures.

If you’re looking for a precedent, look how far TV has come in the last 50 years compared to radio.